Allies and Morrison are a world-leading architecture firm, with its headquarters in London. I was thrilled to be back in the heart of Manhattan, photographing the iconic SoHo architecture. The architecture in Leeds has similar qualities. The city’s industrial history has given us some imposing buildings, especially on the South Bank. With plans in place to develop this part of Leeds I am looking forward to working on some new projects!

This commission focussed on the heavy masonry and detailing of the turn-of-the-century buildings. I spent a couple of days walking the streets of SoHo and Chelsea, with particular attention paid to Greene Street. I wanted my photography to show the heaviness of the brick and stone, contrasted against the vast panes of glass. This was the crux of the architecture style the firm wanted to examine as it is a prime example of regenerating old industrial buildings for modern uses. Several buildings in Leeds are being restored, like The Majestic, and the architecture CGI shows how glass will be used to modernise the old cinema.

This was a very challenging shoot for various reasons. The immediate difficulty was how narrow the street of SoHo are, combined with the height of the architecture. To get an accurate photograph without any distortion was difficult, as naturally from so close up, the lines of perspective are warped. The best place to shoot from was at the intersections between blocks, but then I had to contend with pedestrians and traffic! 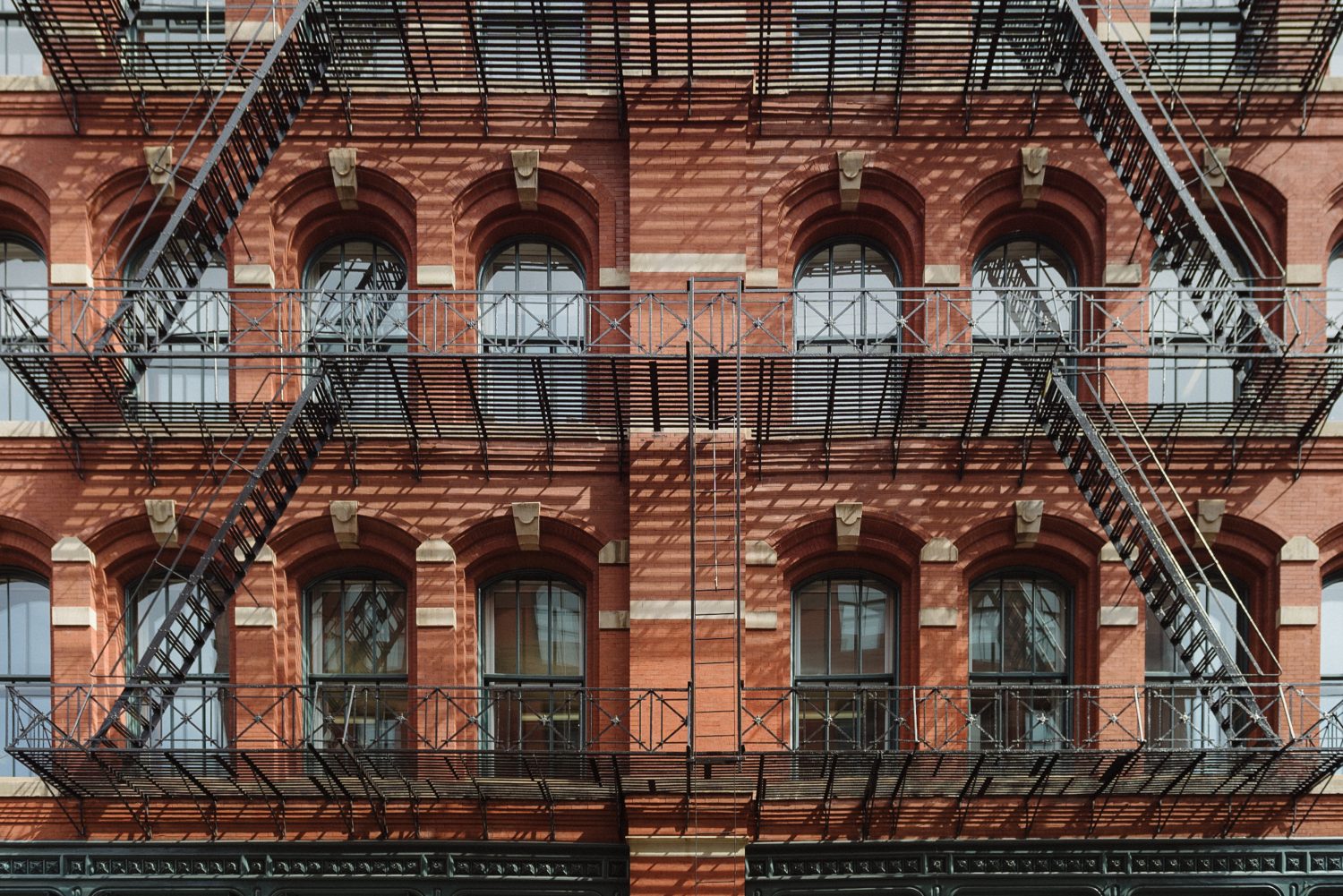 The famous Flat Iron Building was much simpler to photograph in this sense. It stands alone on two sides, and having the sky contrast so boldly made all the masonry detailing very eye catching.

Studying these buildings in such close detail as a photographer was such a pleasure. Life in New York is so hectic it was a treat to spend the time considering wrought iron fire escapes and stonemasonry. Not to mention the pride of standing in front of the Flat Iron, and coming away with photos for such a great architect’s firm.