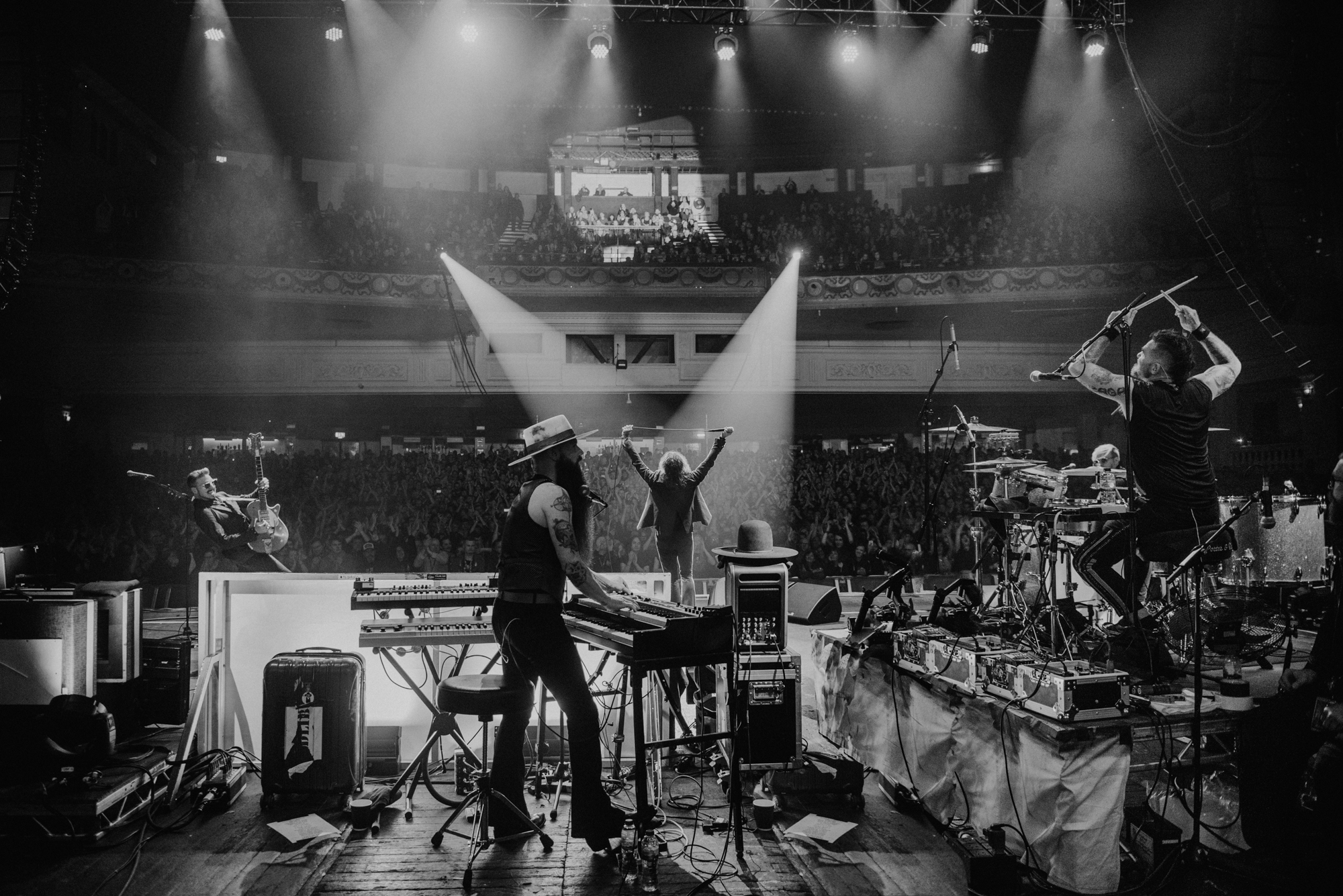 In November I was back at Brixton Academy, this time to photograph Rival Sons. Earlier in the year I photographed Rival Sons at Leeds O2 Academy. Both shows were played to sold out crowds of music fans, but Brixton is an iconic venue so this was a landmark night. The pit was full of music photographers all vying for position, so a little step back to get the photographers in shot added to the action. 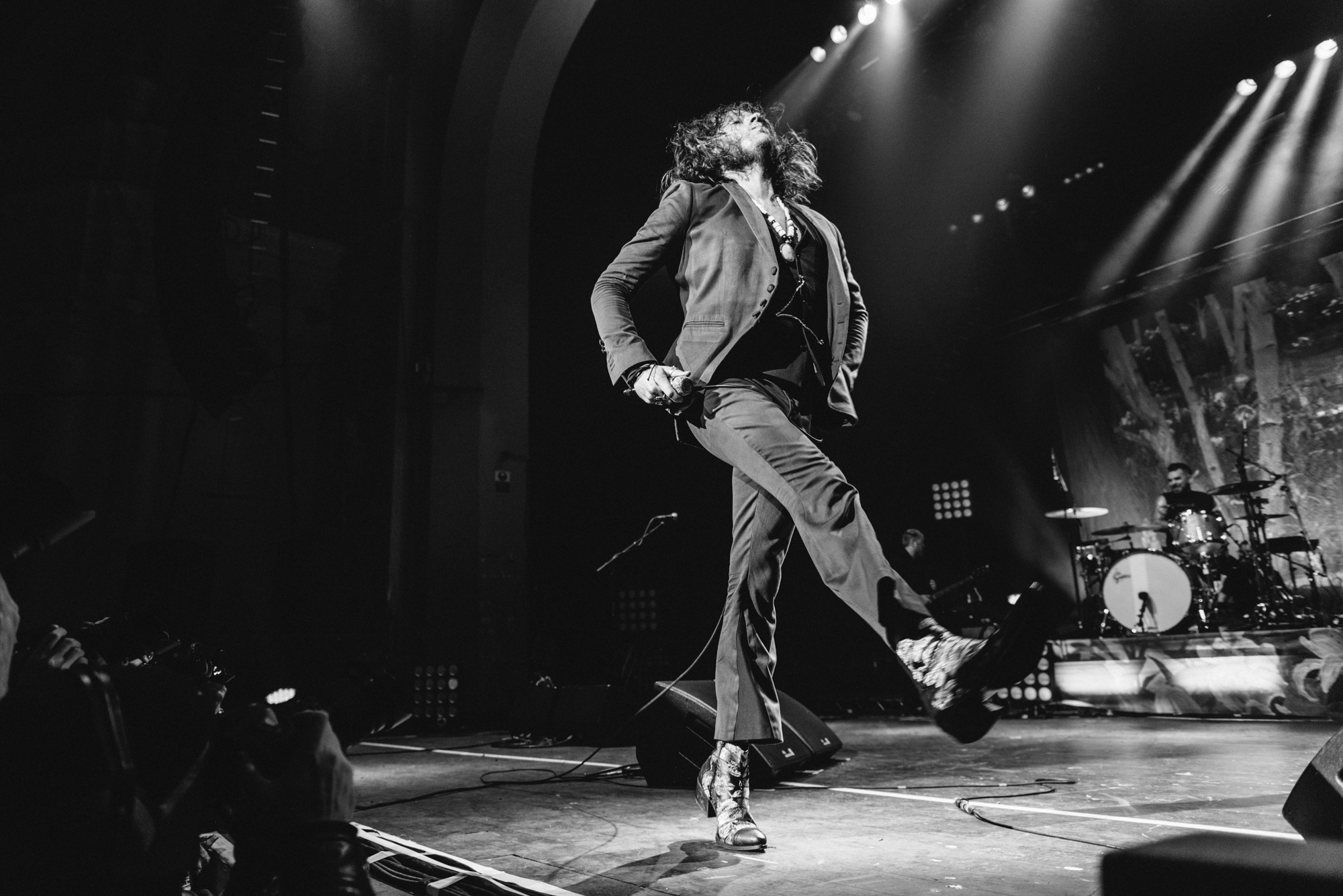 Brixton is a special venue to shoot, the enormous arch and gallery a remnant from its days as a theatre. The stage itself is tall and attempting to photograph the entire scene demands a wide angle lens. The sense of scale the arch gives is unusual in music photography. I always aim for my photography to have an element of depth and movement, so the stage lends itself to this by layering the musicians in front and behind each other. 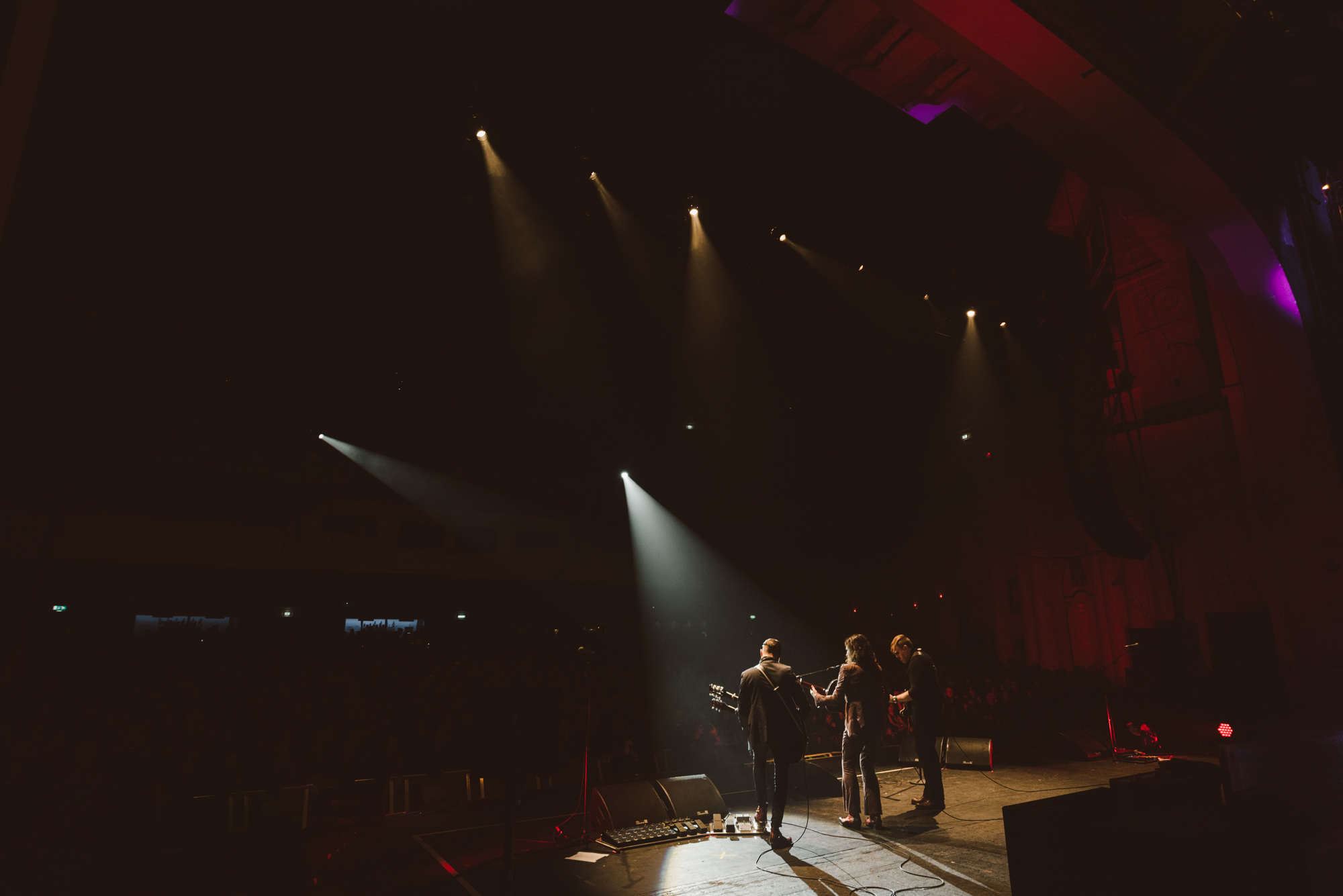 I also felt it was important to highlight Brixton itself in the photos, to distinguish the shots from any other show. As a music lover and a photographer, trying to combine the emotions of both passions is the ultimate challenge. Having access to the stage is such a different perspective to the usual photo pit photographs. Sometimes pit photos can be quite isolating, so shooting from the band’s perspective is much more interesting and a treat for a music photographer! 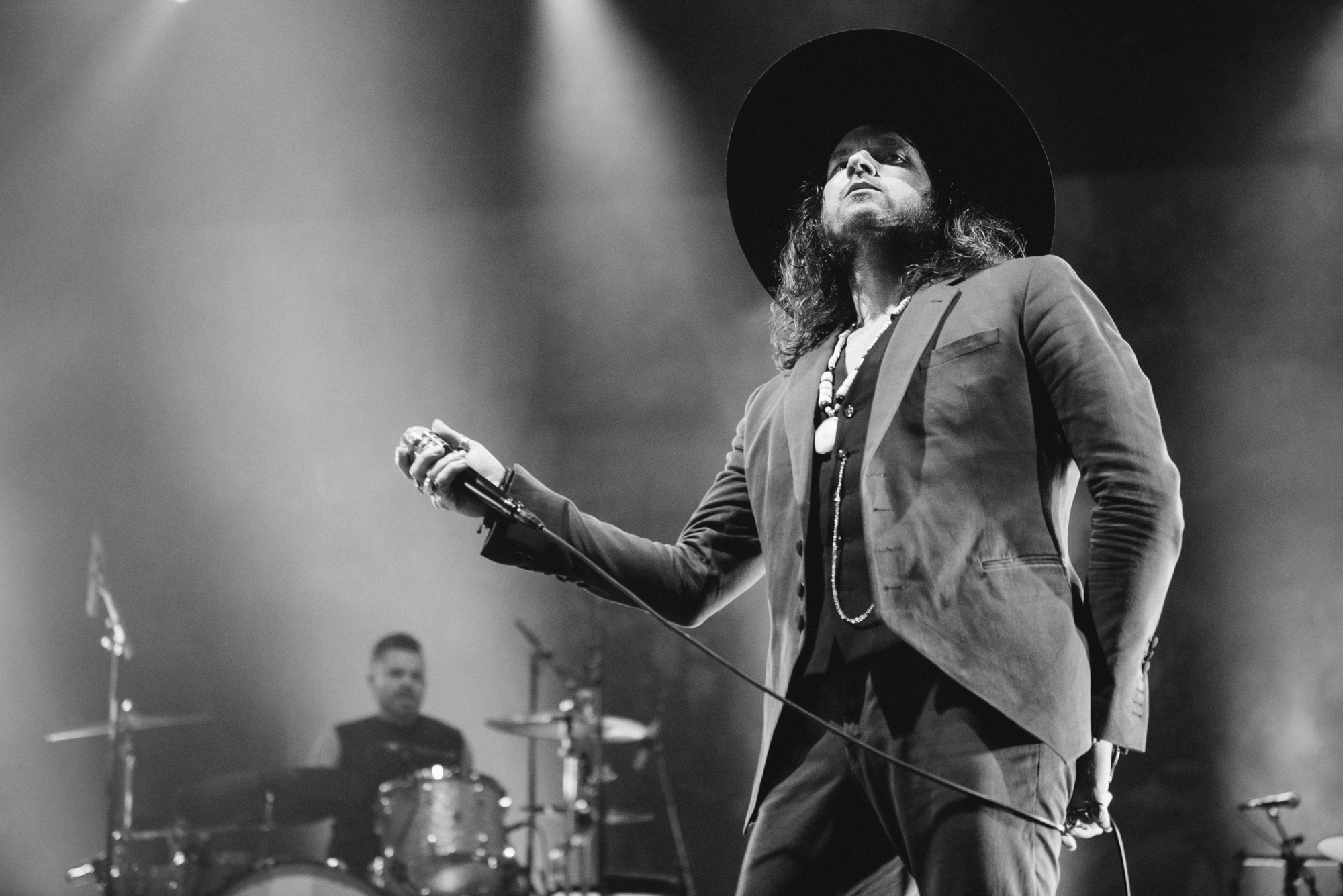 Rival Sons played for 90 minutes, focusing mainly on their latest album ‘Feral Roots’. The Sons have been nominated for two Grammys off the back of this album; Best Rock Album for ‘Feral Roots’ and Best Rock Performance for ‘Too Bad’. The night after they heard about their nominations, Rival Sons played another incredible gig in Aarhus, Denmark. This time I wasn’t there as a music photographer, but as a music fan! 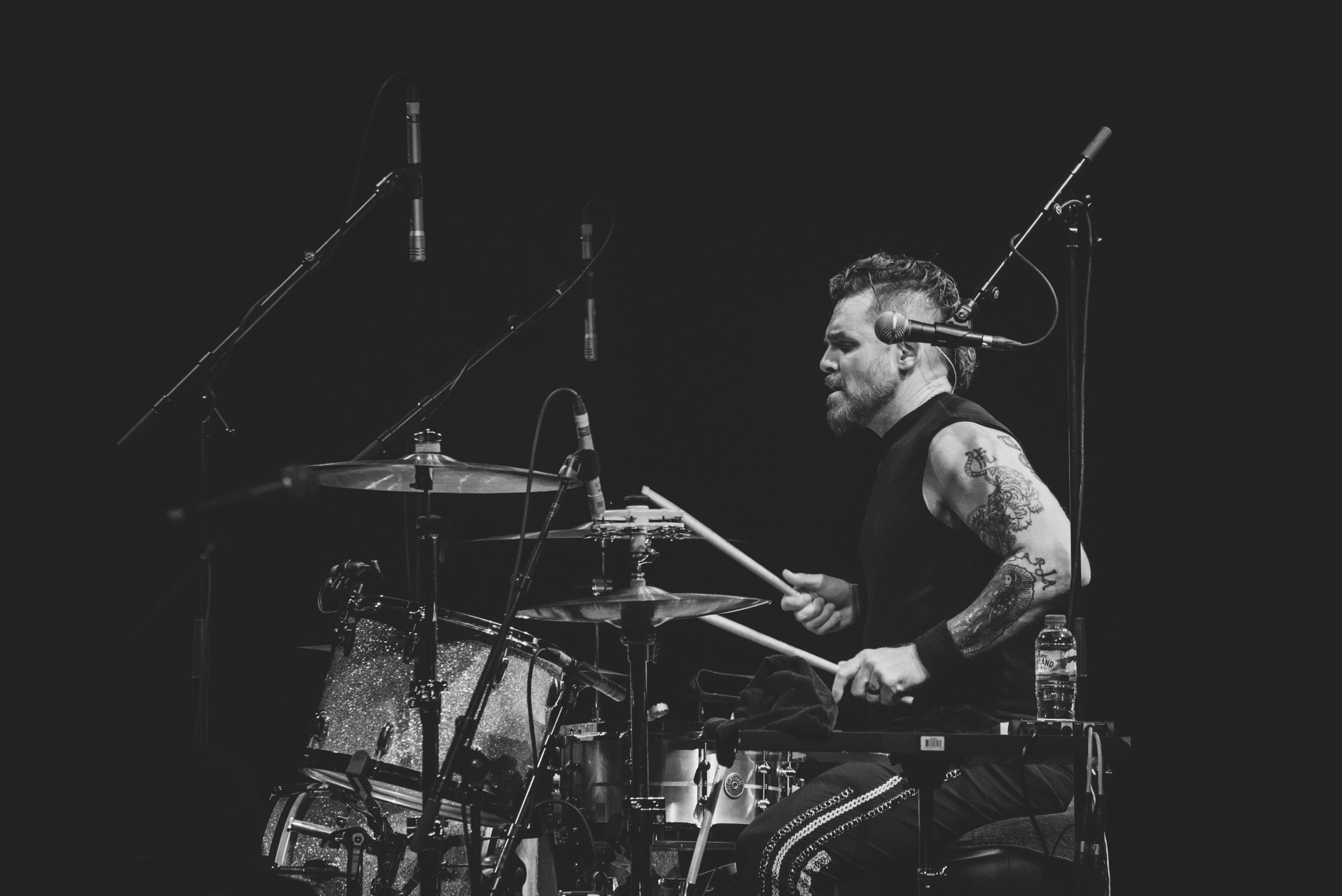